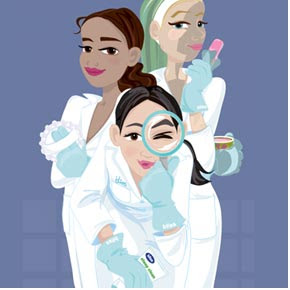 So it’s been a crazy couple months and my stress levels are redonkulous.

Anyway, I’d planned to get away from it all and spend the Thanksgiving holiday with my wonderful friends Mark & Ron, catch my niece Cristin’s show Friday night (she’s currently starring in ONCE, at the New York Theater Project and she and the show ARE AMAZING & I won't be surprised when it goes to Broadway) and decompress from life.

Mark had booked and was treating us to massages at Bliss Spa the day after Thanksgiving and I was really looking forward to it. I needed someone to untie the knots in my back and neck and Bliss Spa was just the ticket.

Thanksgiving was great and sad all at the same time. We had a rooftop view of the parade and we watched it in our pajamas, drank our coffee out of real mugs, not paper cups and noshed on bagels & creamcheese & yogurt.

I was with fantastical people who I love very much, and who had invited other wonderful people over. Collectively we had interesting conversations and ate tons of amazing food.

But it was the first holiday without my mom and I missed her more than I can articulate. It’s like I kept waiting for the one person who I desperately wanted to be there arrive, except I knew that would never happen.

I shed a few tears before the guests arrived at Mark & Ron’s, but I put on my game face and forged ahead right before the first guest rang the buzzer.

And thanks to good friends, (both old and new) and a few strategically filled glasses of well chilled champagne, I survived.

I woke up Friday morning feeling good, and I was excited for my Spa day.

We had breakfast and left early so that we could stop by Barney’s to see Gaga’s Santa’s Workshop Display. It was crowded, the stuff was kind of cool and very expensive, but still - It was worth checking out.

On our way out, we stopped in Men’s Couture (because I was with Mark and Mark has couture tastes) before heading to Bliss. And all of a sudden I had to sit down, because I was feeling really low. And by “really low,” I mean sweaty, shaky and tired all at the same time, can’t feel my mouth type of low. And low (pun intended) and behold, I was blowing a 47. Two Lara Bars later, I started to feel better and we continued on our Journey to Bliss. But I was preoccupied with what would happen during the massage - And all sorts of questions filled my head.

As a person with diabetes who happens to love a good massage, Spa days and diabetes present all sorts of challenges that make a spa day anything but stress free.

And coming of a wicked crazy low makes those challenges worse.

What am I going to do with my pump during a message? FYI, I usually wear mine.

Sometimes I suspend my pump. Sometimes I run it at half mast, and other times it’s on at full blast.

What if I go low before or during a message? Have a LaraBar with you - I keep mine in my Spa Robe pocket. But in this case I’d already eaten my spare Lara Bar, so I stopped by a sandwich shop and bought a Luna Bar.

What if I’m high after? Bring your tester/ supplies with you and do a correction bolus. I keep mine in a tiny carrying case with said Lara Bar and or Luna Bar. Plus, they encourage you to drink copious amounts of water at spa, so it's a sort of a weird win- win situation there.

Do I let the massage Therapist near my abdomen area? Personally, I don’t. As much as I love lavender oil, it makes it damn near impossible for my infusion sets to stick and stay on. I don't that problem in my life.

What if the message therapist thinks I’m fat? Who cares, I’m paying for them to give me a massage, not judge my waistline.

If I want to take a steam before or after said massage, will it damage my pump? That would depend on the pump - I say remove yours just to be safe. Steam is whole different animal that submerging in water.

They say not to leave valuables in your locker even though your the only one wit the code, because you're the one who came up with the locker code. But if I take a steam, I won’t be bringing my pump with me and I’m not supposed to put it in my locker, so what in the hell am I going to do with it?

I put my pump and spare batteries in a case and take it to the front desk. Normally they have safe or area for just such a thing.

Does getting a message affect blood sugars and if so is it a positive or negative affect?

I need to do more intensive and extensive research on this - But Magic 8 Ball says it can’t hurt!

And because I love you guys, I'm willing to use myself as a Guinna pig in the Spa treatment = better blood sugar arena!

So yeah, basically, we have a lot of shit to think about before we get on the table, and then we have relax and make sure those issues don’t affect us when we’re actually on the table!

Anyway, after picking up my Peanut Butter Luna Bar, we checked in at Bliss, went our separate ways, changed, and waited for my name to be called in the Ladies Spa Lounge. I tested and my blood sugar was only 103, but luckily, the Bliss Ladies Spa Lounge ( I love how that rolls of my tongue) had cheese, crackers, cucumber slices & tiny little mini brownies - And I had all of the above.

Soon, my name was called and I met the my Massage Therapist, told her my problem areas and that I was a PWD, left my Luna Bar and Tester in my robe that was hanging on the door, and situated myself facedown on the table.

I focused on getting rid of the tension and stress and told myself that if I ran low, I could just tell her to stop and grab my bar.

75 minutes later the massage was over and I felt great. Bliss Day Spa was amazing in every sense of the word!

Thank you Marky for the treat!

I felt incredibly relaxed and for the first time in what seemed like for ever, my neck and shoulders weren’t hurting - neither was my head or heart.

Did I mention that Bliss products are awesome and that they had plenty of Bliss products for those getting treatments to use in the locker room? Yeah, I applied liberally!

I took a seat in the Ladies Spa Lounge and downed two glasses of lemon water and tested my blood sugar. I was 143.

Blood Sugar Nirvana & Diabetes Spa Day all rolled into one... And a wonderful time was had by all.

I know it must have been so hard not to have your mom with you Thanksgiving. I can't imagine...but I'm so glad you got a chance to relax...even though you had to let your mind wonder all over the place before the massage!

Oh, I'm so glad you got to treat yourself with great loving people, a wonderful event, and then BLISS. I've had all the same questions and quandries when getting my all-too-rare massage (maybe once a year if I'm lucky). I do a little anticipatory pre-correction bolus and take that bugger off, then let them know about the pump site to stay away from it. My partner lost her mom about 10 years ago, and while I'd never say that the loss goes away (what a lie!), of course there are still some tears at holidays and all other important moments, but hopefully the love in the memories shines through and through and through. And, I do believe, she's right there with you, all the time. <3 <3 <3

i don't even remember my first thanksgiving without my mom (20 years ago) but i'm sure it was wicked hard. i'm glad you made it through. <3

also, glad you had such an awesome spa experience.

It is nice to have friends to get through the holidays.

On the topic of massages, I have noticed that they make my blood sugar go up because of all the nastiness that is released from our muscles.

I am too far away to spend Thanksgiving with family so I was also happy to spend it with friends - actually a fellow member of the DOC. :)

Much love to you...I know you must miss your mom so badly.

I'm happy you were able to enjoy a massage and relax a bit.