So I went out this weekend in the freezing polar vortex of it all and and shoot some pictures - just because I was like, WHY NOT?

I was out all morning - It was  snowy and freezing and cold and yes, down right slippery, but it was worth it because I got some really interesting shots - At least I think I did.

When I finally worked my way over to a place most locals call "The Point,'"
jetty of rocks  filled in with concrete shooting out to the sea, that has remnants of old bank columns from streets that are long gone.
According to local legend, those streets (10 in total,) as well as that bank were that rumor has it those columns were from, were washed away from a coastal storm over a hundred years ago.
When I saw those long toppled and broken bank columns all covered in ice and frozen, I was like…… 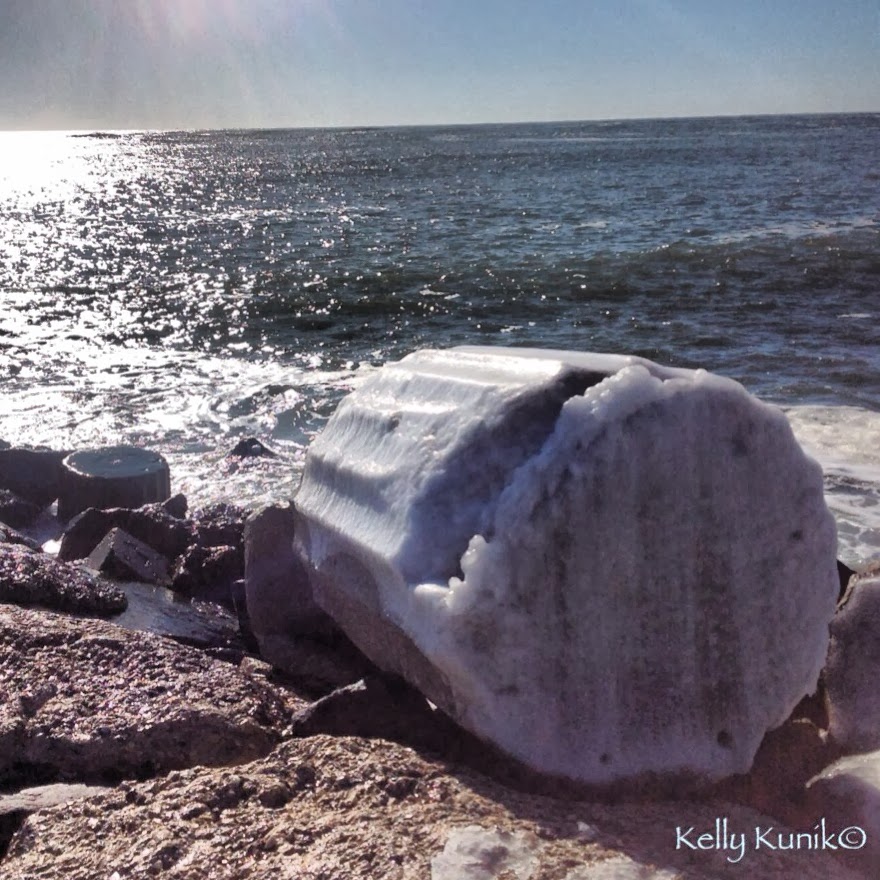 And when I saw the mixture of frozen fresh and sea water splayed over the rocks and concrete that makes up the The Point…..
Yeah, Diabetes Brain strikes again~
Also: I'm a little weird.
Posted by k2 at 3:22 PM

Great photography, Kelly! Love these. And glad you got to experience some coolness, during the whole Polar Vortex craziness.

I love how Diabetes Brain strikes at some of the weirdest times. Thank you for sharing the pictures.