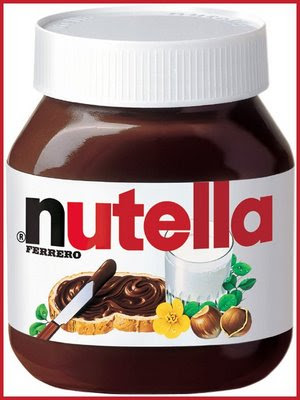 OK – I have guilty pleasures related to food – and I’m TOTALLY willing to admit it.

My guilty food pleasures are surprisingly simple – for the most part.

2 Reese’s Peanut butter cups and a big old glass of Vanilla Silk Soy – can you see a running theme here?

Olive & Sun dried Tomato tapenade with goat cheese (or without) on crackers, or on celery stalks

And every once in a while – Ice Cream, which does not cause nearly the mental or blood sugar stress that a serving of pasta does, at least for me. I don’t crave ice-cream much in the winter though, so as of late, it really hasn’t been an issue.

I test & count carb accordingly and bolus and the fact that I let myself indulge usually means (note the word USUALLY) I won’t go over board on a daily basis.
The fact that I don’t ban these foods entirely means that I don’t always crave them, and don’t feel as guilty when I have them.

For instance: I bought a two Cocoa Jones Brownies at my neighborhood health food store last week.
I tested, and bloused for the first serving of 28 grams of chocolate goodness right away. It was heaven in the form of a chocolate brownie. I kept the other one in my desk for a week before I ate it. I didn’t forget about it, I knew it was there, calling my name and reminding me of its existence on a daily basis. But the fact that I could eat the brownie whenever I wanted made me crave it…LESS. It still tasted as delicious as the first a week later when I finally answered its call to "Eat me.”

I'm not talking about going totally bat- sh*t with your food choices, I'm talking about learning how to handle food related guilty pleasures - incorporating them so they no longer hold the power that "off limit" foods have over us. I can't make it happen for all my guilty food choices - far from it -Just the ones mentioned above.

Pasta or a big bowl of rice and beans can rock my world for days, and not in a good way.
And unless the pizza is a super thin crust, I still got lots of issues!!!!
Don't even get me started on the bread basket at restaurants -I have no control there!

Are you able to reach "Blood Sugar Nirvana" (achieving text book numbers after, testing, carb counting, and bolusing for tough to figure foods such as pizza, brownies, etc) after indulging in any of YOUR forbidden foods?

What’s your guilty pleasure as far as foods concerned? Have u learned to bolus for it so your not 300 two hours later?

Do you find that by allowing yourself to have the “forbidden fruits” makes them easier to refuse?

What "forbidden fruits" are no longer off limit and which ones are still a riddle to you?

Scottie J -
Neither can I!
I've not figured out sammich nirvana, unless I keep it to 1 slice of wholegrain Ezekiel Bread.
Chocolate is certainly easier than bread of any kind - hands down!
k2

Mmmm, Nutella. Now the jar in my kitchen is calling me too. :) Yup, chocolate is one for me. So is ice cream, which I've figured out a bolus for. Mexican Food and McDonalds are rare treats, and I don't quite have my nirvana bolus down for those yet. And the pizza - well, you remember - last time I ended up low for hours. Weird, huh?

And yes, I agree. By letting myself indulge in these once and a while, I find I am better able to resist them on a daily basis. But right now, the Nutella is calling me!

Karen -
GIve Nutella my regards!
I'm glad we agree on indulging from time to time - it makes it easier for me to say no!
Now, if I could just figure out "Pasta Nirvana!"

YUM! I agree with you, you have to live. Thanks for sharing! ....but you made me hungry!

All 4 My Gals -
Living is a good thing!!!
I still have work to do as far as "Blood Sugar Nirvana" goes, but at least I've figured out how to handle a few of my favorites that were once off limits!
k2

OMG, now I am craving Nutella in the worst way!!! LOL
I swore off pizza and pasta YEARS ago and now the thought of eating it kind of grosses me out. I think I have a cheese-and-carb aversion or something after giving it up for so long. one thing I could NEVER give up, though, is CHOCOLATE!! (Hence my craving for Nutella RIGHT NOW!)
BTW, how is your mom? You both have been in my prayers since your post last week. I know your mom must be incredibly grateful for having such a wonderful daughter who looks after her.

Holy guacamole! Nutella is one of Daniel's favorite foods, and just this week he asked if there was anything in the house that he could spread it on! Thank goodness it is gluten free.

Pumping has helped him keep his numbers in check after his wicked food fetishes. But when he goes whole hog on ice cream, then nothing works.

Kati I -
Your craving Nutella - then my job here is done!
My moms surgery is on Tues, thanks for asking. I'm incredibly grateful to have her in my life and we are keeping are fingers crossed. THANKS FOR ASKING!

Naomi -
That Danial is a smart boy on SO many levels! Tell him to just have it on a spoon!.
As far as Ice cream, that can be difficult. How bout soft serve? I have figured out that a small vanilla plain cone is 38 grams of carbs. You guys will figure it out, it will just take lots of trial and error - which I'm sure Danial won't mind ;)
k2