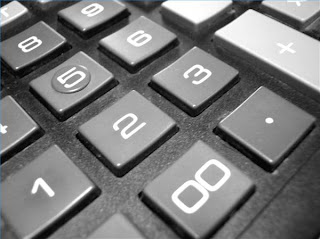 I originally wrote the following post back on December 4, 2007- when Diabetesaliciousness was just under a month old. I'd just hung up the phone after a maddening conversation with my insurance company regarding my insulin RX coverage (or lack there of,) and my head was about to explode!
Unfortunately, not much has changed (except for the fact that my price for insulin has gone up) and "Diabetes Math" still infuriates me on EVERY level- be it financial or carb related.
And with Health Insurance being in the news- I thought it was appropriate to repost~
Diabetes Math When It Comes To My RX Bills....OR I Will Work For Insulin
So I was on the phone with my insurance company this morning trying to figure out why they won't let me order my insulin from a medical warehouse in 3 month quantities, like I do with my pump and blood testing supplies. By doing that, they would cover 80% of my insulin as a opposed to the mere 40% they cover for monthly non-generic Rx's.

I asked my insurance rep why they would cover 80% of my pump supplies and not my insulin when in actuality I wouldn't need my insulin pump if I didn't require the insulin (which fills said insulin pump) on a daily basis. Are you following? She had no real answer for me - besides the fact that those were the rules of my policy.

Let me just share the fact that I am charged $124.00 for two bottles of insulin per month - out of pocket -sometimes more, depending upon how generous they are feeling. I'm reimbursed exactly 40 %, $49.50 to be exact. At this rate, my credit card will never see a zero balance.
I explained to her that insulin doesn't come in a generic form and never has. Then I explained the "Diabetes Math" to her and asked her if she thought that was fair.
To my surprise, she said: "No Kelly, I don't think it's fair." I have to give her street cred for being honest and stating the obvious. But anyway you look at it, Diabetes Math still sucks.
Posted by k2 at 9:09 AM

I think that we all must work for insulin I mean come on how much could it really cost to make the stuff ? jeeze I would think the makers at least could sell it for 1/4 of what they make it with ? does that make sense ? Oh my maybe I am low while typing this , I dont know . thanks for sharing and posting this .

Our novolog cartridges prescription for the Novolog JR. pen are written for 3 months.

A three month supplies costs $110 and is two boxes, each with 5 cartridges.

The insurance company has done the math and two boxes should be enough insulin for 2 months.

A one month supply is $40 and is one box with 5 cartidges.