In This Chapter: It Was A Dark & Stormy Night & Our Heroine Was Just About To Hit The Sack...... 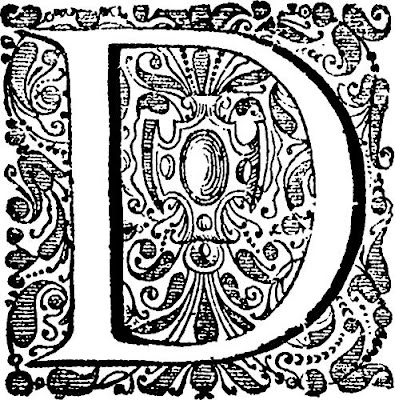 Because living with diabetes is never ending, but it's always an interesting story non the less~
######
In the darkest of night with the alarm all set and the lights down low, the lady with the broken pancreas was looking forward to going to sleep. Her comforter was comfy and the rain outside was falling, hitting the roof at a steady pace & gently tapping at her bedroom window, lulling her to some much needed shut-eye.
She was tired and the fact that she was drifting off so easily was indeed a wonderful thing.
And just as she entered that phase sleep experts call Stage 1 and the rest of us call Snoozeville, she felt a strange little feeling in the pit of her belly.
IF you lived in the DOC, you knew the strange little feeling could either be a hunger pain or the beginnings of a dreaded low blood sugar. The lady with the broken pancreas was pissed because it just wasn't a good time to go low for her, not that there ever is a god time to go low mind you. But our heroine was tired and wanted to sleep - And she wanted to sleep right then and there.
She realized that her trusty bedroom juicebox stash was at ZERO, as was the bottle of glucotabs on her nightstand. And the lady had forgotten to bring a glass of juice to bed with her!
After all, even the smartest and snarkiest of ladies make mistakes, but she still felt pretty damn dumb!
So the lady set her insulin pump's temporary basal rate to 1/2 and for 60 minutes time. And she waited a few mintues.
She knew that if she got up, went to the kitchen and drank some juice, that strange little feeling in the pit of her stomach could be said and done with it, ASAP. And seriously, why the hell was she trying to bargain it away?
She knew the drill, she'd been around the diabetes block more than a time or two and she knew what had to be done.
The little feeling in her stomach was now moving up her abdomen and wasn't going away. "Enough of this," she said as she flipped on the nightstand lamp and squinted in the brightness, grabbed her meter and tested.
The lady had a #bgnow of 84 and she was now wide awake!
And even though The Diabetes Magic Eight Ball was no where to be found, she knew all signs pointed south.
So she got up, went to the fridge and grabbed the Apple & Eve's Sesame Street Elmo's Fruit Flavored Punch (one of her favorite juices/ Sesame Street characters) and poured some punch into a glass. She drank it with gusto and added a cheesestick as her side of protein.
And then she waited 10 minutes (which seemed like forever,) & tested again. She was 90. So she poured some more juice in the glass and headed back towards her bedroom. She drank a little more, waited and tested again. She was 95.
The lady with the broken pancreas felt better and the annoying feeling in her belly was almost gone. She put the glass of juice on the nightstand, rearranged the comforter and put her head on the pillow.
The rain continued to fall and tap gently on the window. Her temporary 1/2 mast basal rate still had 34 minutes to go and she felt good, not to mentioned relieved.
She was no longer feeling wide awake and the familiar feeling of sleepiness started to return. And the last thing the lady remembered thinking was that she needed to go out and buy juice boxes and glucose tabs the very next day.
Cut to the morning and the lady who's pancreas had been faulty since the age of 8 was blowing a blood sugar of 143. The lady was proud that she'd she'd dealt with her low blood sugar effectively, but was annoyed at herself none the less. Annoyed that she'd tried to bargain with the low blood sugar instead of doing what needed to be done in the first place.
Still, the lady learned a lesson or two from the experience - And isn't learning one of the reason we joined the Diabetes On-Line Community in the first place!
;)
Posted by k2 at 11:02 AM

I've caught myself trying to take the easy way out with the boys lately...and every time it backfires. I know it will when I do it too. Why don't I just do it right the first time and forgo all the grief?? Your post hit home today friend!

Isn't it funny how you knew the 84 was a sign of trouble to come, yet all of the "experts" tell you the ideal BG should be in that very range? I hate low blood sugars at night (especially the 3AM variety). Glad you made it through the rainy night safely!