“If you have made mistakes, there is always another chance for you. You may have a fresh start any moment you choose, for this thing we call 'failure' is not thefalling down, but the staying down.” Mary Pickford~ 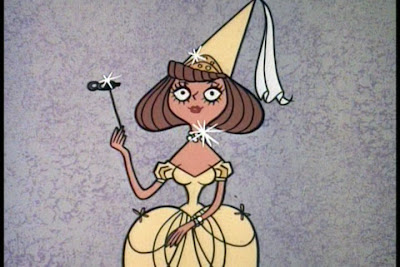 A fractured D Fairy Tale
(which means it really happened)

Once upon a time there was a woman with type 1 diabetes named Kelly, who was having a crazy life quarter.

Then all of a sudden, it was the Sunday before the Tuesday morning appointment and Kelly realized it was too late.

If she went and had her labs done Monday morning, they wouldn’t be completed by her Tuesday afternoon appointment. Why? Because thanks to Kelly's insurance, in order to get 100% of her a1c labs covered, she was allowed to go to her local lab to have her blood drawn and urine sample procured, but her local lab could not process those fluids there.

Nope, the local lab had to ship Kelly's samples to a magical place called Labcorp. Why was LabCorp deemed magical?? Because in the realm known as Labcorp, A1C labs had their own unique time/space continuum. I kid you not.

Said lab results weren’t actually delivered to her endo until 5 to 7 days from the time they were received at LabCorp’s gates. At least, that’s what their paperwork always said.

But usually, Kelly's Endo’s office always had to call and request those labs when Kelly was sitting in their exam waiting room. Even when she’d had her labs drawn 8 or 9 days earlier.

So that Monday morning, she called up her Endo's office and apologized profusely for having to cancel her appointment and rescheduled for the first appointment they had available, which was May 2nd.

Her endo’s office was very understanding, but she felt ashamed and embarrassed none the less. She was really mad at herself for screwing up regarding her labs. And she was always saying to others: Go to your Endo, knowledge is power, and keep testing!, and her she was canceling her appointment! Not to mention the fact that she was putting her health and needs second, and everyone else's needs first.

So what did I learn from this not so theoretical woman named Kelly who is in actuality is me?

No matter how crazy or hectic life becomes, try and get your labs done. And if for some reason shit happens and you can’t, do what your mom always told you: Pick yourself up by your bootstraps, dust yourself off and start all over again.

My insurance will cover the lab expenses only if you have them drawn AFTER you see the doc. So I am never able to discuss my A1c with him at the time of my appt. Suck much?

My blood is drawn after my endo's appointment as well so we discuss my previous numbers.

My son's endo office used to do the blood draw for the A1C AND the yearly blood work (the one that checks cholesterol, etc) right in the office, making it SO convenient for us! Now, they prick his finger to check his A1C in the office (still loving that!), but they have to send us to a local lab to get the yearly draws done (that much, I could live without.. wish they'd go back to doing it at the time of the endo appt.. Can't tell you how many times I've forgotten/misplaced the orders to get the work done, only to remember 1 week (or not at all) before the next endo appt) UGH!