CHECK IT OUT: Jerry The Bear Has His Own Indiegogo Campaign! 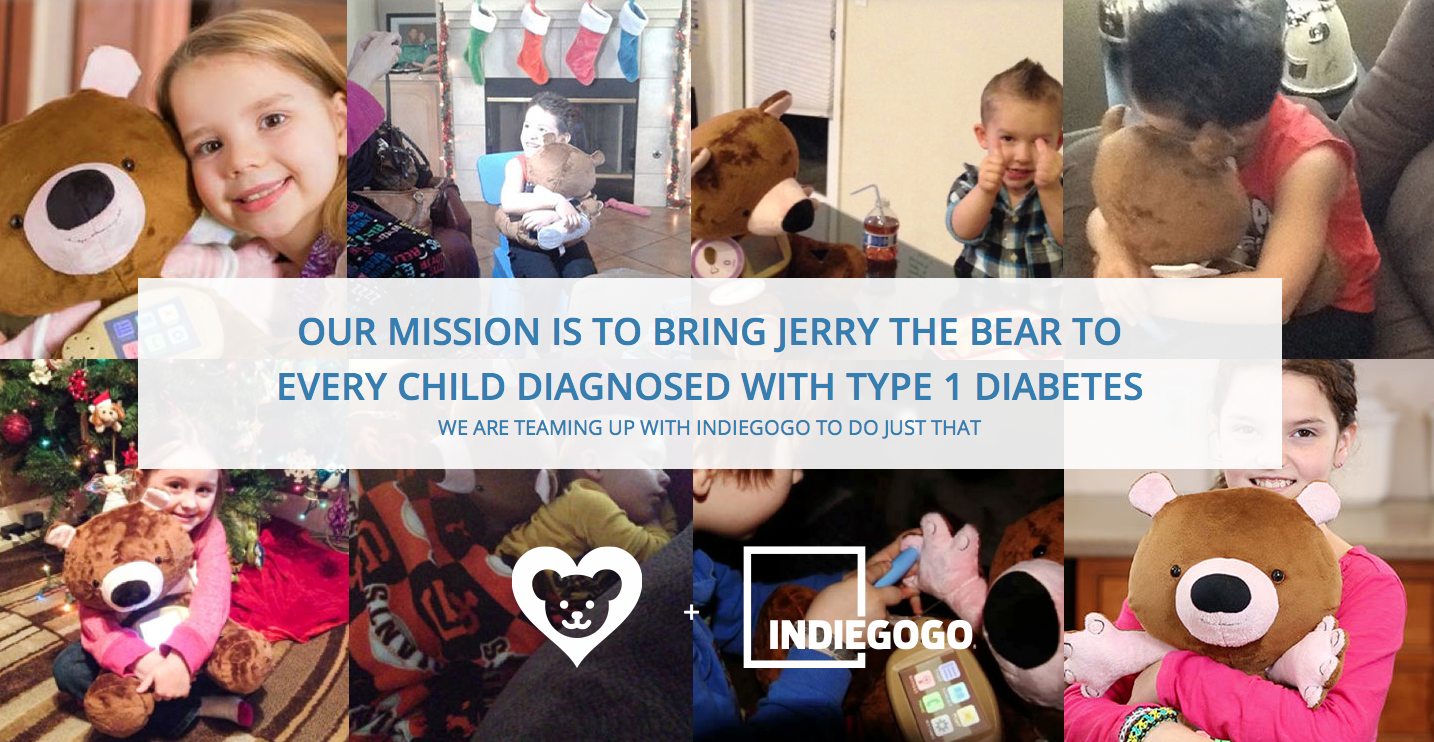 I've been a fan of Jerry the Bear for quite sometime. For those of you who don't know Jerry, he totally rocks. Jerry's an interactive BWD (bear with diabetes) who does everything children and adults do with t1 diabetes. He tests his blood sugars, takes insulin from pens, counts carbs. Jerry's teaches children about diabetes through play and by always being there  - And that's amazing in all dimensions as far as I'm concerned!
Jerry and I have become friends and last year I had the opportunity to interview him for Diabetesaliciousness!
Today's the kickoff for Jerry's Indiegogo campaign to raise funds to get all the 12,000 plus children diagnosed with type 1 every year their own Jerry the bear.

The link for the campaign is: igg.me/at/jerrythebear
There's even a referral program for families to sign up to be among the first to get a bear. YES, I'M TALKING TO YOU!
All you need to do is:

1. Create an Indiegogo account.
2. Use the share buttons below the video to share your referral link with your social network!
3. If 10 people contribute to the campaign using your referral link, you will be among the first to receive Jerry the Bear.

Here's a video so you can watch Jerry's awesomeness in motion!