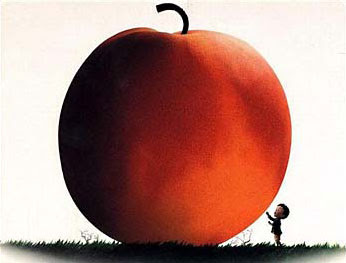 I remember shortly after my dx, realizing that a half of a banana was my future. Who the heck eats half of a banana? Well, I do, now. Learning to make choices hasn't been awful but, somedays it's more difficult than others.

I remember the high school diabetes burn out (a.k.a. being "bad"). And the food exchanges (before carb counting & the awesome food labels of today). And the huge meters. We had it rough! But we made it through. Thankfully. :)

I remember my mom being shocked, SHOCKED, that my T1 childhood friend's mom served one of those giant chocolate chip cookies at her birthday party one year. Hello...birthday?

I can't imagine the exchanges - though it sounds like good portion control? Maybe.

I can relate to every word of this....except I got the burn out a little earlier than you did. I used to carry around Lifesavers for lows (why?) and I would trade them for "good" things from people's lunches.
Those exchanges....awful! But I was so confused when carb counting came around.
Someone I know linked to your blog from Facebook. I'm really enjoying it. Thank you!

I ate the same meal they served me in the hospital after my diagnosis for breakfast for at least a year. Diabetes is so weird.

have you ever heard about the woman who eats toilet paper?
I wonder if that has carbs...

Oh man. This makes me wonder what Brendon will grow up to be like and how our parenting him will affect what he does with food. We're a healthy household in general, but when he chows down and doesn't bolus, we get on his case about it and plead with him to "PLEASE...You can eat what you want but PLEASE DOSE!!" Or, "If you don't feel like dosing, just tell us you're going to eat something so we can do it for you."

This post kind of comforts me that what he does isn't unique to him. It's just a normal part of being a child with diabetes.

We try so hard to make healthy choices, getting my boys BMI's down has been a family project, and it is working! They are healthy slim, SOLID boys. But...me...I still need to work on me. Because I am a BIG TIME stress eater baby. And guess what...having three kiddos with T1 is kinda stessful. So you can imagine my figure. :( Ginger is wonderful. We need to clone her.

I can not imagine living with one meter and carb exchanges. Actually, I can but I don't want to! Burnout at 13... yikes. But I can so see it. It scares me. I think we've all got food issues. I sure do. Sweets is sick and I offered her jello - red or green. "Which is healthier, Mom?" she asked. I wish she didn't have to think about things like that - but then again, I'm glad, in a way, that she does. I think Meri's idea of cloning Ginger is spot on! And that trainer??? Oooooh.... let me at her. That made my blood boil! How dare she tell you not to use a pump?!? Grrrrrr.....

Hi,
I'm a type 1.5.. long story. Anyway, what did you mean by you were running out of "injection real estate." This scares me because I'm injections (was on pump, but do best with Lantus/Novolog combo. Can you explain that a little more please!?
Thanks - Enjoy your blog!

Hi,
What do you did you mean by you were "running out of injection real estate". This makes me nervous, as I am on injections (was on pump, but do better with Lantus/Novolog combo). Your comment made me nervous. Please explain!!!
Thanks so much and I enjoy your Blog!

Sar -
Welcome and glad you like the blog!
I've had diabetes for a long time, 30+ years and have injected A LOT.
Over the years, some areas on my body have developed "dead spots."
Basically, dead spots are areas that no longer absorb insulin properly. Sometimes, if i steer clear of them for a few months, they fix themselves.
Don't be nervous Sar, your new to the diabetes game and all your bits are still good..
Keep rotating your injection sites and you'll be OK.
Thanks for commenting and please, keep stopping by!!
Kelly K