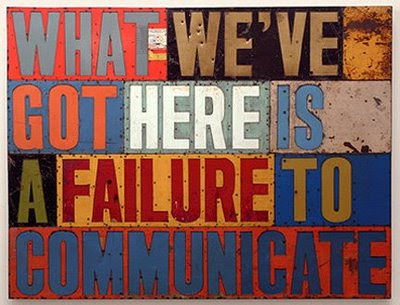 I'll take some of the blame for being pre-occupied when I originally heard rumblings re: new Macs and cable issues. But my my niece had just died. I had a lot going on.
Apple if you want to make med tech easier, great! Don't make it more difficult by not ncluding a cable adapter with new laptops. THANKS.
###########

Medtech is a key buzzword - everyone seems to be jumping in and that's a good thing... most of the time. Technology, including med tech and digital diabetes are supposed to make our lives easier - except when they don't. And sometimes it's not the diabetes tech's fault.

If you're going to jump in the med tech pond, including the diabetes tech eco-system (I'm looking at and talking to you APPLE,) it would be great if your "upgrades" didn't cause communication issues re: our med and #diabetestech.

Cut to last Monday's Endo appointment - which was both disappointing and a breakthrough.
Disappointing because once again my diabetes labs weren't were they needed to be.
And a breakthrough because I was like: You're right, I need help. I NEED HELP.


I was tired of doing it all on my own and had put off uploading data and setting up an appointment with my Diabetes Education Specialist since April.
Part tech related, but let's be honest, most of it was "I don't want too/I don't feel like it," related.

I was sick of struggling and I was burned out. I promised my Endo I'd upload my data and schedule an appoint with my Diabetes education Care Specialist.

The next morning I went about the business of putting myself first and keeping my  promise.

I emailed my Diabetes Education Care Specialist on Tuesday morning and told her that as soon as I found my Omnipod cable, ( I’d organized my office desk and my Omnipod cable wasn’t where it was supposed to be,) I’d be uploading all my data (including Dexcom) to Glooko in the next few days and let her know that I'd also like to schedule a much needed "diabetes tune-up" with her.

Wednesday was hectic and I didn’t even look.

Early Thursday morning I found the misplaced cable, tossed it in my computer bag along with my Dexcom cable and phone charger and ran out the door.
I’d upload my devices during lunch. Thursday was going ducky and I was getting lots done, I ate my lunch and was ready to upload. No excuses and no fear of showing my numbers.
I was doing this!

Cut to me staring at my newish mac and ready to cry. The same mac I purchased over the summer because my previous mac was on its last legs and I was afraid if I traveled with it one more time, it would implode.

The same streamlined mac that would not allow me to upload my omnipod and dex data, (or iPhone and camera card reader for that matter,) unless I had an external adapter, because Apple no longer supported USBC to USBA cables. New Apple devices only support USB to USBC cables.

And I was not happy.

Then I started doing the math and I really wasn't happy.

All of the above purchased at an Apple store 50 miles away.

Did I mention Apple had closed the local Apple store near me? The one that was a 10 minute drive?

I'll take some blame. I remember hearing about new cable issues with Apple in January, but my heart had just broken in a million pieces (DAMN IT, LIV) and I forgot about the cable issues.

Then I factored in my diabetes tech - and the unhappy boiled over into furious territory.

Back to Apple: It would have been nice if had included an external adapter with multiple cable options in the cost of my new mac so that all my diabetes external parts could be uploaded at first try. Same goes for my iPhone and Canon photo card.
And it would have been greatly appreciated if your Apple Genius (that's his title, not being sarcastic, but it fits,) at the Apple Store had reminded me of the change and informed me I'd need to purchase an adapter. I wouldn't have been happy, but I would have purchased it on the spot.

According to Apple's website and the Apple Tech I spoke with via the 800 number, the USB-C Multport adaptor I wanted to order ($69) was out of stock and wouldn't be available until November 29th and the single cable adaptor  ($19.95 plus S&H) would take a week to deliver.
Did I mention that I have $50 in Apple Gift cards in my wallet?

I didn't want purchase online via amazon and had every intention of driving out to BestBuy on Sunday, but thanks to torrential downpours and flooding, that didn't happen.

Yesterday morning I broke out my almost dead laptop, charged that sucker and rebooted it. Painfully slow in all dimensions because of longstanding software issues that could only be remedied by a complete laptop wipe and software reinstall.

It took 10 minutes to boot up and another 20 to reset the date and time, log in to both Glooko and Clarity, sync Glooko with Clarity and upload my devices.

Plus an additional 3 hours to make sure 3 months worth of data had synced up accordingly.

Ahh, not Mac. Bbut ahh not Microsoft. What should we do? Ah hammer for certain.