#tbt: Kids Say The Darndest Things - And They Are SO Damn Smart!

Today's #tbt post was originally posted on August 11th, 2008, back when my cute, precocious & quirky niece Livvy was only 8 and still shorter than me. Today Livvy is GORGEOUS, still precocious and quirky and 15, towers over me.

Yep, time goes by in the blink of an eye and the littles become big, as does the space they hold in your heart.

Speaking of littles becoming big, someone tweeted this  Nick Jonas pictorial, recently.
WOW and WOW.  And yes, Nick Jonas does have something to do with this post! 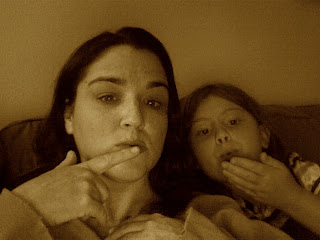 Sending the Jonas Boys & the the folks in dBloggville kisses~

So I spent the weekend with my 8-year-old Niece Livvy,(sometimes called Olivia or O-blivia, depends on my mood - and hers) who will be 9 in September. She flew in from the “wild west” with my brother, (her Dad) to visit the family. To put it mildly, Livvy is a pistol: A.K.A., a piece of work, a TOTAL TRIP. She’s turning 9 in September, but I’d say she’s really 8 and 11 months going on 17. Very hip, very funny, and dare I say, quite the Tweener in training! We went to dinner, and the beach, where she showed off her expertboggie boarding skills. She was quite the pro for a girl born in the Mountains. We played with Photo Phone Booth on my MAC (you're actually seeing a very small portion of the photos in this post), and went to Lucy The Elephant & sat a top her howdah. We actually named the freckles on one another's faces - she has 5 and I have around 100 - all named Livvy.

I introduced her to Mad TV, which she now loves – sorry mom & dad, good comedy has no age limits!
We had lots of girl talk, which mostly involved Livvy talking about her favorite Singers and crushes. She knows every Hannah Montana episode/song verbatim and is a HUGE FAN of The Brothers Jonas!

We spent way too much time looking those boys up on the Internet, and Livvy actually taught me who was who. 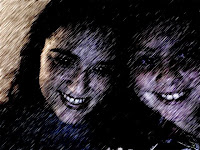 Nick is the cute and sensitive one and he has diabetes (like you Kel,) - He even wrote a song about diabetes. He was in the movie Camp Rock! He is my favorite,
and I love him.


Joe is the cute, funny one. Joe is the star of the movie Camp Rock! He is the middle kid and he’s too old for me to love. He also looks like my cousin Anton.
Kevin is the cute, romantic one. Kevin is the oldest. He is also too old for me to love. He was in the movie Camp Rock!
I love the Jonas Brothers – THEY ARE SOOOO AWESOME! THEY TOTALLY ROCK!!

Like I said, LIVVY IS A TRIP.
Liv was also very interested in learning about all things diabetes. She knows our family history, and that her favorite JB had been diagnosed with D as well.

Liv: Can diabetes be cured?
Me: Nope.

Liv: I thought the insulin in your pump fixed it.
Me: The insulin in my pump I take is to survive, but the organ in my body that makes insulin (the pancreas) doesn’t work. That part that is supposed to make insulin, (The Isletof Langerhans) is damaged & doesn't work anymore.
I have to inject hourly with my pump and change the site every few days. I also take my blood sugar’s all the time, like when we had our treats earlier and when we have dinner later.
Liv: Kelly, will I get diabetes someday?
Me: I don’t know, but I hope not. It runs in the family, but that doesn’t mean you’ll get it.
Liv: "Oh, so you mean i"t’s ‘in the genes”, like our sense of humor and my red hair?

Me: Yes, exactly (OK, on a side note, "It's in the genes" is family saying regarding EVERYTHING including diabetes and our occasional flakiness - obviously this kid has a mind like a steal trap - she forgets nothing!) How’d you get so smart?
Liv: Me? Oh, I know a guy… But what if I do get diabetes, Kel?
Me: Then you’ll deal with it every day 24 X 7, wear your pump, take your blood sugars, and have a great life. Diabetes or not, someone is always worse off that you.

Liv: Yeah, my friend had cancer! But he’s OK now. And we’re keeping our fingers crossed – toes to. So you and Nick Jonas both have Diabetes? WOW."
Me: Yeah, so do so do 1.7 million to 3 million other folks.

Liv:  WOW. Hey, Do you know him? I’M JOKING, Kel.
Me: No, I know of him – I’M TOTALLY SERIOUS Liv.
Now, I’m sure this comes as no shock to you, but Livvy is a total Disney Channel freak. Which means that we spent a lot of time watching Hannah Montana and using the “On Demand” feature to watch Hannah Montana AGAIN AND AGAIN. Livvy would act out each scene for my viewing pleasure. I don’t “get” the Hannah Montana thing, and I told her so. She still thought she could convert me, and I let her try.

They actually featured a good bit of time on Nicks Diabetes.Viewers watched Nick take his blood sugar - his target range is 178, but he’d been 400 earlier in the day. Personally, I liked the fact that they showed the blood sugar roller coaster ride, especially among hormonal teens. From what the parents in dblogville have taught me, blood sugars and hormones make for a bumpy ride at times. NJ also showed us his “Pod,” (Omni Pod must have LOVED THAT) and talked about counting carbs and taking blood sugars in between sets.
The Jonas family was also interviewed about dealing with Nick’s diabetes. It was really quite good, and very interesting. Many a citizen of dBlogville has written about The Brothers J – Nick in particular, and all of us in dBlogvilleknow that Nick wrote a song about diabetes, “A Little Bit Longer”. 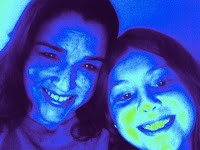 Livvy knew every word and sang along – VERY PROFESSIONALLY, AND VERY LOUDLY. She also kept saying (VERY LOUDLY) “This song’s about diabetes Kel, LISTEN…LISTEN! KELLY THIS SONG IS SPEAKING YOUR LANGUAGE…. LISTEN”

Near the end of the program, Nick was backstage, talking to children with diabetes, slapping them “5,” shaking hands, & telling them it would be “OK.” Then, he gave them each a pin. Now, I’m not sure if they were special t1 Jonas Brother pins, or just JB pins in general, but I’m sure those kids were shaking in their boots. Livvy was, and she was watching in her grandmother’s living room.The kids backstage all wore insulin pumps, they all loved Nick, and one little boy who was spoke for the group said, ‘ Nick inspired them regarding their diabetes.’

I have to say, I was impressed how open he was regarding diabetes, & how he took the time to explain his daily routine, etc. But what really impressed me was how strongly the children with diabetes reacted to him. I’ve never been on the Hannah Montana bandwagon, but I’ll tell you what folks. l give the Jonas family a lot of street cred for spreading the word about the Big D, and I’m not talking Disney.
Musically, I like the song he wrote regarding diabetes, and yes, those boys can put on a show! While, I am in no way the caliber fan that Liv is, I do respect Nick as a Diabetic spreading the word, and the Jonas brothers as performers who are blessed that they get to do what they love, daily.The doc was over and we needed to get ready for dinner. Neither one of us moved off the couch, and Livvy had her arm around me and her head on my shoulder.“Kel,” she said and looked up at me smiling with her big hazel eyes and pretty smile.”Yes, O-blivia.”
“If I do get Diabetes (I mean I really don’t want to get it,) but if I do Kel, IT’S OK. I mean, you and Nick have it, and you guys are doing great. It could always be worse. I told you my friend had cancer.”
Me looking her square in those big hazel eyes: That’s a great attitude Livvy, but I’m hoping and praying you never have too deal with Diabetes – EVER.
Livvy: Me too. I love you Kel & I miss not seeing you!!!!!
Me: I love you too O-blivia….And I miss you something awful!!!!!
Livvy: Now, let me tell you about Hannah Montana Kel…. 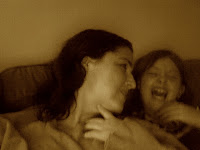