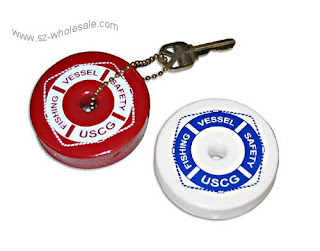 Hope floats
Day 7 of Diabetes Blog Week is all about dreaming the dream about life after the cure. Like if every one of us was given a pill that would make diabetes disappear.
Can I imagine life after the cure? Yeah, I guess. I mean it’s not that I don’t think about a cure, because I do. And when I was little I dreamed about it a lot.

But after 30 plus years of being told they a cure is "only 10 years a way," I’m more than a little jaded.

I don’t spend all my time thinking about a cure because I’d never be able to enjoy my life in the now.

But I still want, hope, and fight for a cure to be found and our right as PWDs to be cured.

I think life would be the same but different. It would still be complicated, but some how less so.

Life with a cure would be like it is with out one - except it would require less thinking, planning, & added diabetes expenses. I’d throw out all my supplies in huge Hefty Garbage bags and do "The Happy Dance” as I dragged them to the curb and said "So long."

I’d take all the money I spent in diabetes supplies and buy myself a nice beach front property, because God knows I’d have the down payment for one since I no longer spent money on diabetes related supplies, medications, doctors, etc.

I’d have more time to learn new things, maybe even become fluent in a couple of languages, because my head would no longer be filled with meal time math calculations and other diabetes crap facts that we need to know in order to survive.

I’d be more bright eyed and bushy tailed because I’d sleep better. No more middle of the night lows or sky rocketing highs that leave me sleepy during the workday.

My beach house would give me beachfront access and I would take long swims in the ocean and pool, without unplugging anything.

And when I went out on my boat, (HELLO, I live on the beach, so I will most definitely need a boat) I'd be able to leave the house with just my keys (on one of those keychains boaters use that have a little floaty thing in case they drop in the water) instead of a mini pharmacy.

I do know for absolute certain I’d throw a party and invite the DOC.

It would be at the beach and we’d all spend the day swimming. We’d BBQ and I’d ask for extra sauce for my slow cooked ribs. There would be a pasta buffet with lasagna; spaghetti & meatballs, and the cheesiest manc and cheese any one’s ever tasted. The main course would be followed by an unlimited amount of cupcakes and truckloads of Ben & Jerry’s.

I’d have CRUMBS BAKE SHOP cater - it would be fabulous and filled with carbs – and no one would think twice..

At the end of the day there’d be a huge bonfire, and we’d all hang out, talking and laughing and having a fantastic time.

There’d be lots of laughter and hugging and champagne toasts.

On second thought, I guess I think about it more than I thought.

Great blog! Hope floats indeed! You are quite an inspiration to me as my daughter was just dx 2 months ago with T1 and I can only hope that 30 years from now (if a cure has not been found by then) that she will be able to find humor in her daily life with D.

OMG that party sounds awesome!! I would definitely want to be there. :)
I think I would travel all over the place with the money I'd save... and I wouldn't have to worry about going somewhere that didn't have accessible medical care (African safari, anyone??)! :)

Love it...and there would be more time to look for sea shells and sea glass:)

I can't wait to party with you at your beach house! Seriously, when the day comes, I want us all at that party that you describe. Caleb and I will bring the pinata!

I love this post! I wanna come to your party, too.

I'm with you. I don't expect a cure...I don't think about a cure coming...but I hope for one. I will always hope.

And as for this par-tay...if we all combine our resources...it may just be the awesomest/biggest party ever!!

This week has been so incredible.

Today has been so emotional.

And tomorrow will be just another day.

that'll be the party of the century!
(I'm in-if the cure ever happens) Great post!

I love your upbeat post here, to combat my Debbie Downer entry. I love the photos from the last post as well. Your lack of love for Robert Smith's look, however...I'm doing my best to look past that. It's a constant struggle.

Oh, G and I are SO there for the beach house party. Then you can come over to our beach house and have one too, cause we will be in OC at ours. Might as well dream big huh?! Wouldn't it be a lovely day.....

Sign me up for that party! I'll be there with bells on. And I'll bring pizza. And maybe cereal too! :)

Oh man, I can totally envision you with your house key on one of those little floaty things. GREAT vision K2. It makes me smile!

that brought a tear to my eye. And now I'm balling just thinking bout the day when it happens. "A down payment..." OMG, how much money have we spent to take care of ourselves? "Learn 3 languages..." because of all the space in my brain being taken up by meal time calculations..sheez! So true
What a party it will be, and it is coming soon, that, I truly believe.