I had another post all ready to go today, but then was inspired by a wonderful Face Book conversation and wrote and ran with this instead.
Thanks for the inspirations friends!
####### 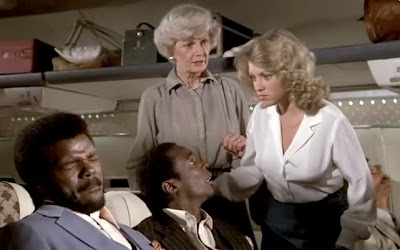 
So as I mentioned on my Face Book status this morning that I’d tried to add Diabetes on my Face Book profile under the option: “Languages You Speak.” And FB would have none of that – and that just annoyed me to no end. Because seriously, anyone who has diabetes or whose family member has diabetes, knows for a fact that "Diabetes Speak" is a language unto itself!
The status generated a whole FB discussion and the comments were pretty darn hilarious - and almost all of them were written in, or referred to, the language of Diabetes.
Some, like Meri, called what I refer to as “Diabetes Speak” the Language of the Pancreas.
Others like Wendy Rose call it Diabetonese- and on a personal note, Wendi sometimes has trouble with the pronouns but can still speak Diabetonese like a pro!
Regardless if you whether you speak Diabetes Slang or Diabetes Speak proper, in order to achieve Blood Sugar Nirvana and have an acceptable #bgnow, every day, including #bgwed - not to mention an acceptable A1C that will make the harshest member of the Diabetes Police smile with joy and allow you to dine on a “totally bolus worthy” cupcake sans the guilt.
PWDs (people with diabetes) and their Type 3s have no choice but to understand the language of diabetes and all it’s many incarnations and subtle nuances.
We must not only be fluent in the Language of Diabetes, we must live the language of diabetes daily.
After fooling around with the language options on Face Book, I realized that they had so many freaking language options that it could make your head spin faster than Lynda Blair in The Exorcist.
But just to skim the tip of the FB language Iceberg, FB does recognize the following languages:
The Languages In Starwars: Yes, plural George Lucas based languages are recognized on The Face Book. And for some reason, I'm not surprised.
Texas German: A near extinct dialect that stemmed from german immigrants settling in Texas and combining German/American english with Texas colloquialisms.
Hinglish: A combined version of Hindu & English
Surrealism: To all of those who graduated college with a Literature degree, you were correct, Surrealism is indeed it’s own language!
PitKern: The Language created from the Descendents of Mutiny on the Bounty fame. It'ss a creole language based on an 18th century dialect of English and Tahitian. It is a primary language of Pitcairn
Pig Latin: “Esyay, Igpay Atinlay isway away ecognizedray anguagelay”
Dutch Sign Language: The Dutch version of Sign Language.
Playero: Please note, this is not the language of "Playas!" Playero is Guahiban language that is spoken by about 250 people in Colombia. Speakers are bilingual in Spanish - for the most part.
So for real Face Book, if Surrealism is recognized language, why isn’t Diabetes?
Diabetes can be totally surreal at times and we even have our own dialects. And I know for a fact that more people speak Diabetes than both Playero & Texas German- Not that I have anything against Playero or Texas German, bcause I don’t!
So, do you speak diabetes?
Posted by k2 at 12:20 PM

LOVE it! Yes Diabetes is a language.

One of my favorite memories since Kim was diagnosed was a conversation I had with my husband - we work for the same company but it is a large company so we don't see each other very often during the day. One day we did run into each other in the elevator and our conversation revolved around getting a call from school and how our daughter was high again and what are we going to do about it. LOL. And to make it funnier I think she was in kindergarten at the time. After the fact we thought more about the conversation and what it must have sounded like to everone else in the elevator. Sometimes you just have to laugh.

Great post! My twin sis and I both grew up with T1 and we DEFINITELY speak our own language. And I'm an English and lit scholar of sorts but c'mon, surrealism is a language? It seems like Facebook is opening itself up to a whole host of requests like ours for a Diabetes language option on FB if it selects surrealism. How odd!!

P.S. Part of the poem I wrote that is in the "No-Sugar Added" Poetry Book anthology mentions some of the language of Diabetes. Here's the excerpt:

At thirty she likes how German its forthright.
Foreign words resist euphemism.
Freed from unnecessary brashness.

In English still ashamed
To be Di(e)-abetic
Desirous of sweeter connotations.

if they did that, the "poke" button would finally make sense (or at least sound less inappropriate).

Thanks for the shout out...I was totally cracking up reading that thread!!!

Gotta go slam the bolus minus IOB for this 72 and hope we don't need either ketostix or glucagon later.

Sooo yes! In fact I made an artwork based on diabetes speak. Was a good way of letting folks know that diabetes is not "just" injections! :) love the poem above, btw! :)

Chris' comment on the "poke button" was frickin' hilarious too!

You forgot about "Pirate"... oh, and the language you referred to in your post is "Hindi," not "Hindu."

Yes, absolutely Kel! Half my family doesn't understand a single thing Grace and I talk about.
G - Bolus for 12?
P - Nah, temp basal at 20% for an hour
G - Think I'll run high?
P - Better little high than crashing
My mother looked at me as if I was selling drugs.
Diabetesanese it is!!!!

Oh, I am so glad you reposted this and glad you wrote it in the first place! I love confusing people with diabetes speak!