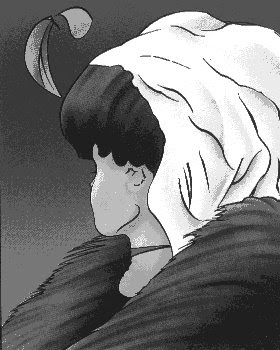 Today is another day indeed and much better then the previous one. A big shout out to all of you who helped me through yesterdays crap storm! I think part of the reason I was so discombobulated and stressed out yesterday was not only due to a bad case of the Mondays, but the lingering effects of jet lag. Yes, yours truly was Jet Hagged.

The past 5 weeks has been filled with lots of travel – which I love, except for the getting to and from part. Last week took me on a three-day work trip (Tuesday through Thursday) where I crossed two time zones and spent the majority of my time on a plane and a full 28 hours at my intended destination. Was it worth it? Yes indeed it was.

Diabetically speaking, my blood sugars were not a problem...for the most part.

But the whole plane thing was and always does throw my body clock for a loop.

When I fly I don’t sleep a wink. I wish that wasn’t true, but apparently that’s just how I roll. I spent most of my time reading and listening to my ipod, but both get old after 5 hours on a plane.

I drink tons of water to begin with, but I double that amount when I travel. I did try to rest when I got to my hotel. I actually crawled under the covers and attempted a nap before dinner, but sadly it was just an attempt, no actual nap occurred.

I didn’t change my basal settings while I was away, but I did set a few temporary basal rates and watched my blood sugars like a hawk. Blood sugars were good for the most part, a few after dinner highs, but nothing that a correction bolus couldn't fix.

When I returned home Thursday night I was tired and happy, but I still couldn’t sleep. I think I finally crawled into bed around midnight.

I was at work by 9 a.m. on Friday morning and was fine the first half of the day, but I felt and most likely looked like something the cat dragged in for the second 1/2.

My weekend consisted of lounging, beating the heat, and a few prior commitments with old friends. Still, I don’t think I ever really caught up on my sleep, let alone adjusted to my home turf time zone. And lets face it, the crazy hot weather on the east coast didn’t help.

Diabetes wise, I was doing OK, but energy wise, not so much.

All I wanted to do was sleep.

Cut to yesterday and my “bad case of the Mondays” major meltdown and perfect storm of diabetes/life bullshit (say that three times fast) and I was officially spent!

So I’m curious folks, how do you handle your diabetes when it comes to jetlag and traveling?

Do you find yourself fine during the trip, but a bit “off” after, or is the other way around for you?

How do your blood sugars react to long flights and different time zones?

Any jetlag tips you can share with the rest of us?

Bottom line: How do you prevent yourself from turning into a total Jet Hag?

I am a total wreck for a while after travel. When you find the magic solution, please do share!

I have never traveled outside of my time zone, or anywhere far off, so I can't answer, but it's great to know how others react for when I finally do get to go.