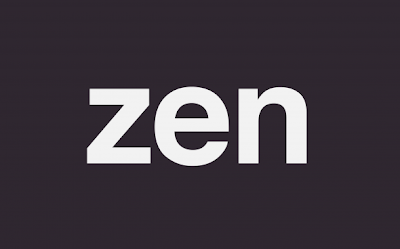 diabetes: If your reading this blog, there's a good chance you know what diabetes is because you or some one close to you has diabetes. If you've stumbled upon this blog for some other reason other than diabetes then prepare to be schooled. Diabetes has many different types (type 1, Type 2, 1.5 , and gestational) under the same diabetes umbrella. Definitions of the various types of Diabetes can be found HERE.

zen A total state of focus that incorporates a total togetherness of body and mind. Zen is a way of being. It also is a state of mind. Zen involves dropping illusion and seeing things without distortion created by your own thoughts. Complete and absolute peace. Urban Dictionary definition.

diabetes moment of zen: Moments of peace and total in sync moments of mind, body, diabetes, and diabetes technology that occasionally occur in a life lived with diabetes. Copious amounts of used test strips, carb counting, and trial and error are usually involved in order for one to achieve a moment of Diabetes Zen. I say usually because sometimes it happens and we are pleasantly surprised. Not to be confused with The Daily Show's Moment of Zen, which is entirely different, always funny, but no less zen-ish~

Guessing and correctly bolusing for a carb count your not really sure of and achieving “Blood Sugar Nirvana.”

Finding a box of pump or testing supplies in the back of your closet or bottom of your “ everything that doesn’t have an official place” bureau drawer.

Having a new infusion set go in pain free.

Finding a cylinder of unused test strips at the bottom of your gym bag.

The feeling of tranquility that a freshly filled insulin reservoir brings.

Working out and not going low ½ way through because you’ve used your “temporary bolus” feature.

An Endo that believes in giving samples.

Sleeping in because you can.

Not having to eat because you don’t feel like it.

Eating a carb filled meal because you’ve become the master of the duel wave bolus.

Finding an Endo and CDE who works and talks with you instead of at you.

What are your diabetes moments zen?

For me, it's a full reservoir of insulin in my pump with a full battery and a new day on my CGM sensor. I feel like I'm "diabetes packin'"! =P

Waking up in range. I love that!

A beautiful, flat line under 100 when I wake up (going off George's comment)...and staying that way when I get to work.

Not having a day filled with emotional roller coaster's. :) Nothing beats being in the range from waking up and every time I check my levels. ;)

Having "free" showers, and we don't mean cost.

I echo the beautiful flat, in range line overnight.

Also, the day at school with no calls from the nurse.

Getting out of the pool with an in range BG.

Okay, I'm getting out of control...

Being reminded I'm not the only one dealing with D...when a doctor compliments a recent A1C and/or says I'm healthy...being in range all day without lows...feeling like I'm managing my D and not that it's managing me...

A pain-free and blood-free sensor insertion. :)

OH MY GOSH! I just blogged about D-zen too! Great minds think alike. I wish D-zen upon everyone. :)

My zen: having my efforts work. If I mess up a bolus on a meal once, I learn and figure out what to do differently. The 2nd time I eat that meal, and try the updated bolus, and it WORKS... pure Zen.

When several weeks of crap numbers turn into unexpectedly in range numbers. Ah...the feeling of happiness!

4 hours of swimming at the beach and rockin an 87

I would have to agree with G-Money. Waking up in range. Although D-Meetups are pretty zenny too. :-)

You are so right about "moments of d-zen" because even with all of this, they only occur momentarily!

Reading a blog that makes you nod your head...may not know anyone in my day-to-day life that gets any of this, but I love that there are people that do out there!

We're retweeting you as our fave blog post o' the day. Thanks for the great writing! -- Mitra (@kaysnaturals)

you could write a small and fun book titled "Diabetes Moments of Zen" :D Nice post.