Giving, Getting & Being Grateful: People With Diabetes & Their Family Members Slammed By Sandy Need Our Help!

Originally, today's post was going to be all about giveaways - Until I read and became part of a facebook conversation last night. So after reaching out to a few the people involved, I've changed the gist of this post ... for the most part ;)

#######
People affected by Hurricane Sandy hold a special place in my heart for obvious reasons - As do people with diabetes - And for obvious reasons - Which is why I'm posting about several members of the Diabetes On-line community who were, or whose family members were hit hard by Sandy.

Basically, the majority of this post is re: a tale of two Staceys - Stacey Hodes Nagel & Stacey Divone - And it's all about giving and a little bit about getting some good karma going.
#####

FIRST UP: Stacey Hodes Nagel
Stacey Hodes Nagel is a mom to a t1 son named Jessie, and is active diabetes warrior and a familiar face to both the DOC and http://childrenwithdiabetes.com/
I first met Stacey Hodes Nagel on-line and she always made me laugh!
I met her in IRL (in real life) at The CWD Focus on Technology Conference outside of Philadelphia last February - She ran up to me and gave me a huge hug - and she ROCKS!
Stacey's a Rockaway girl and that area  were devastated by Sandy.
But even after being displaced for weeks, and currently only having electricity for 75% of her house, Stacey & her tenacious self is working tirelessly to help other families & individuals living with diabetes who are in dire need of diabetes supplies post Sandy!
According to Stacey: It's still so horrible here... And the volunteers are dwindling.. And the city/state /fema /red cross have been non existent for over a week... There are still people without heat, hot water... We only have electric in 75% of our house.... I feel like we are the forgotten land here.

Pump batteries (both double and triple AAA) as well as flashlight batteries & meter batteries.
The people I've been collecting pump supplies for use animas, medtronic and three are using tSlim & and I just gave someone 90% Jessie's Cozmo stuff. Anything people can donate would be greatly appreciated!"

DOC Diabetes Supply Hoarders, this is where you comes in! Put all those good hoarded D supplies to good use!

If you have supplies that you could donate,email me at: kellykunik@gmail.com & I will forward you Stacey's mailing address!
Also, I know that Stacey put out a call for space heaters and really warm sleeping bags last week on facebook, so if you have, or know someone who does have those items, email me & I'll give you Stacey's address! 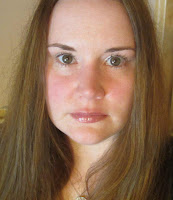 Everyone in the DOC knows and loves Stacey Divone of http://portablepancreasgirl.com/ fame.
Stacey D's a good friend to everyone in the DOC and is a positive cheerleader for all of us!
Most of you know that Stacey has an identical twin named Laurie Nunziato.
Laurie has literally been Stacey D's other half since before they were born and has been an awesome type 3 for  Stacey's  since the day Stacey was diagnosed!  We can't forget about the type 3s who love us!

But did you also know that Laurie and her family lost almost everything they own due to Sandy flooding?? Below is a picture of Laurie's house post Sandy  - They lost almost everything!
Stacey D has set up a fundraising page for her sister, brother-in-law and her awesome niece and nephew - And again, this is where the DOC comes in!
No amount is too small as far as donations go and a little goes a hell of a long way!
And did I mention that any and all donations are tax deductible?  I didn't? Well, they sure are!
Click on the following link to find out how you can help the Nunziato's!

http://www.giveforward.com/nunziatoshope
Btw, click on Nunziato's link above and take a look at the picture of the house that's practically submerged underwater  - That's the outside of their home!  Then marinate on that image for a second..

Lastly, with all the giving - You will get a few things in return:
1. You will feel really good because you're helping others - And by helping others, we help ourselves.
2. And you will feel really grateful because you will be reminded of how good you have it.
3. Lastly, it's just good karma and the universe is bound to send some good things your way!
Like what you ask??
Well, you could achieve spiritual nirvana, which can only help you achieve blood sugar nirvana - So there's that!

And that karma might even help you win a holiday giveaway or 17!

Yep, I'm having a series of holiday giveaways next week to thank the DOC for being so... (and, yes I'm being redundant,) awesome - So a little good karma floating out in the universe never hurts anyone - At least that's how I see it!  And after the past year,I'll take all the good karma I can get!
Good Karma doesn't guarantee that you'll win prizes - online or off, but it does guarantee that you will help people who could really use it! And that is a wonderful thing. #truth

Sidebar: If I forgot to add your giveaway, email me &I'll fix it. FYI: I put the finishing touches on this post at work - you know how that goes ;)

So from the bottom of my busted pancreas, thanks in advance for helping PWDs (people with diabetes) and their family members who were slammed by Sandy!!


FYI: I've disabled comments for this particular post so if you'd like to donate diabetes supplies, email me directly at: kellykunik@gmail.com & I'll email you Stacey Hodes Nagel's mailing address.
And to those that have already emailed me and dm'd me on the twitter & facebook,  THANK YOU!
Posted by k2 at 1:20 PM